In 1996, Paul McCartney founded in his hometown the Liverpool Institute for Performing Arts LIPA, one of the most prestigious art schools in Europe. Nearly 400 students from all over the world and from all disciplines are selected from thousands of applications received at LIPA to study at this school.
LIPA offers a wide range of degrees: Dramatic Arts, Dance, Theatre & Performance Design, Cultural Animation, Modern Music and Cultural Industries Management, among others. The syllabus is focused on a practical, relevant, comprehensive and balanced high-level training with a strong vocational and professional orientation.
The modern facilities of LIPA are located in the building where Sir Paul McCartney’s old school was housed in Liverpool, which has been fully reformed and modernized at a cost of more than 30.1 million euros. The 400 pupils who study at LIPA attend one of the most modern performance arts schools in Europe. Educational resources at LIPA include: 6 professionally designed, cutting-edge recording studios, 3 dance studios, 3 spaces for sound computing and digital recording, over 20 music rehearsal spaces, a specialized library and two theatres, including the emblematic ‘Paul McCartney Auditorium’ with capacity for over 500 people.

AIE has been collaborating with LIPA since 1996 through its BECASAIE Specialization Grants program and since 2000 through its AIEnRUTa-Artists program.

As a result of this agreement between AIE and LIPA, every year for a decade now, a Spanish performer participating in the AIEnRUTa-Artists program travels to Liverpool for a week to offer a series of masterclasses for final year students and to form a group which works on his or her repertoire. The group offers a first concert at LIPA and then begins a tour around Spain. 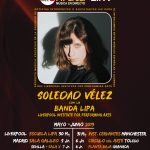 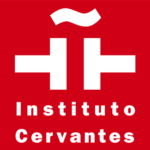 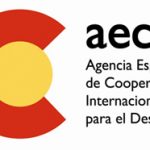 In 2009, AIE and the Cervantes Institute signed a collaboration agreement with the common objective of promoting and disseminating the musical works of Spanish performers abroad. The main purpose of this agreement consists in ‘promoting musical interpretation and production, disseminating national music in other countries and raising awareness and respect towards intellectual property’.
Both entities organize and promote several concert series within the frame of the cultural programming carried out abroad by the Cervantes Institute through its centres, distributed all over the world. To this end, several performers from different backgrounds and musical styles, and all of them participating in the programs AIEnRUTa-Artists or AIEnRUTa-Flamencos are selected.
With this new Project, AIE and the Cervantes Institute aim to contribute to the dissemination and promotion of Spanish culture and music, as well as to encourage cultural exchange between Spanish and foreign artists with quality music proposals within the field of popular and traditional music.
This agreement also seeks to expand the current circuit of live music venues consolidated by AIE at a national level through the AIEnRUTa program. Once the selected performers have participated in this concert network, they can enhance their projection internationally thanks to this initiative.
Since 2013, AIE has been collaborating with the Spanish Agency for International Development Cooperation (AECID) to promote and support the internationalization of Spanish performers.

Find here all concerts scheduled for the current call 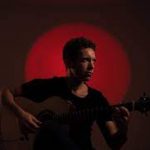 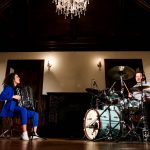